Five animal skulls are displayed in the gallery space, and catch the imagination with their hybrid appearance. Their surface is coated with paints that make them look like mother-of-pearl, enamel and china. They evoke the last coating of fancy car bodies, or a tricky plastic surgery operation. The animals’ tusks were copied and made of steel, in the style of chrome steel hubcaps or surgical prosthesis.

These receptacles for brain thus highlighted show off their hollow face. The whole set could very well bring to mind some esoteric ritual celebrating the invisible organ, and the chosen mammals could remind one of totems preserving the mnemonic data of these skulls-objects. They are laid out in a triangle- Coordonnées (Coordinates) is the swine skull with genetically modified skin that makes it similar to human skin, the flesh of which is eaten in most parts of the world. It sits just beside both Disgrâce Sanglante (Bloody Disgrace) which is a calf skull and a symbol of opulence, and Vaisseau Divin (Divine Vessel), the skull of an eland that leans on its long horns and describes an erectile movement.

Extrémiste Hindou (Hindu Extremist) is fixed to the wall at man’s height. It is an impressive warthog skull that seems to challenge us. Its massive volume, as well as its double set of tusks pointing upward, makes it the most virile animal of the bestiary. The owner of the trophy will be able to take off at leisure the beautiful excrescences of this wild pig, and use them in a way that shall be left at the discretion of the owner.

These objects are both archaic and futuristic; they are the leftovers of a feast that were transmuted into precious relics. These animal carcasses are transposed into the glamorous universe of finish fetish and glossy. Their satiny envelope conceals their vulnerable appearance. They are spared the yellowing and the irrevocable cracks; they are captured in smoothness and stand with eternal youth ahead of them. The blood horror and flesh subjected to decrepitude have been drained off these skulls. The fine metallic goads sticking out of two of them evoke this internal suction right through to the bone. 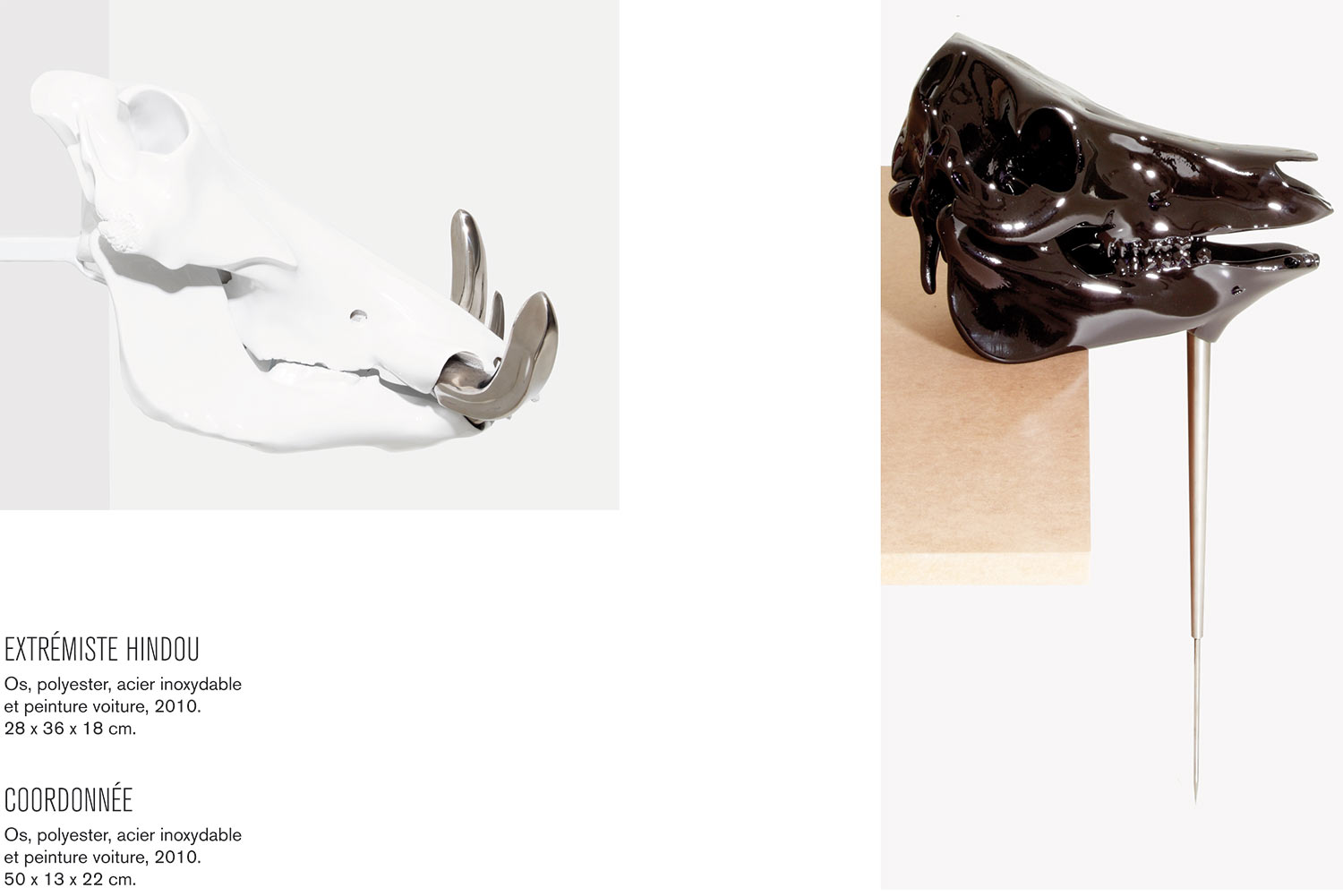 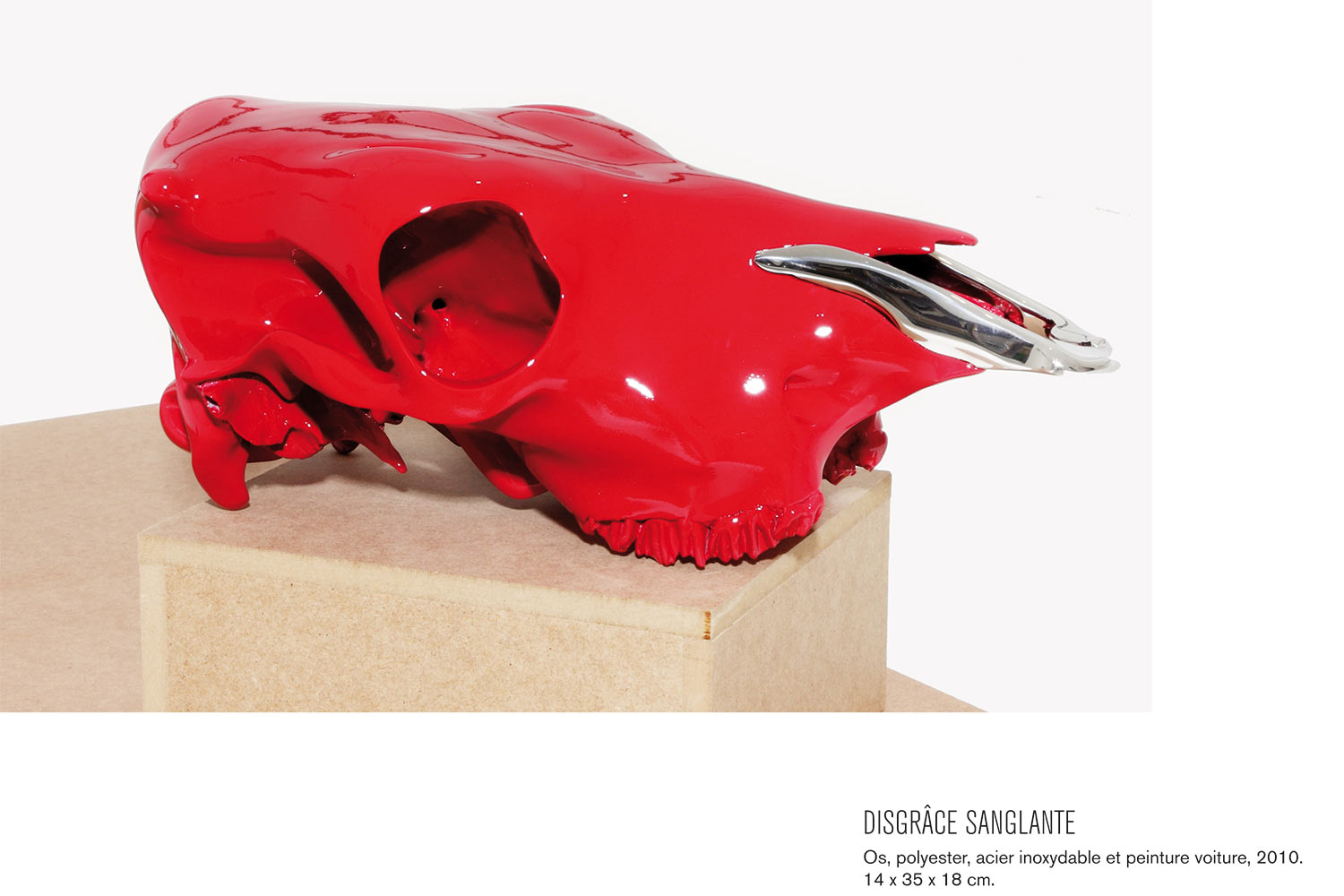 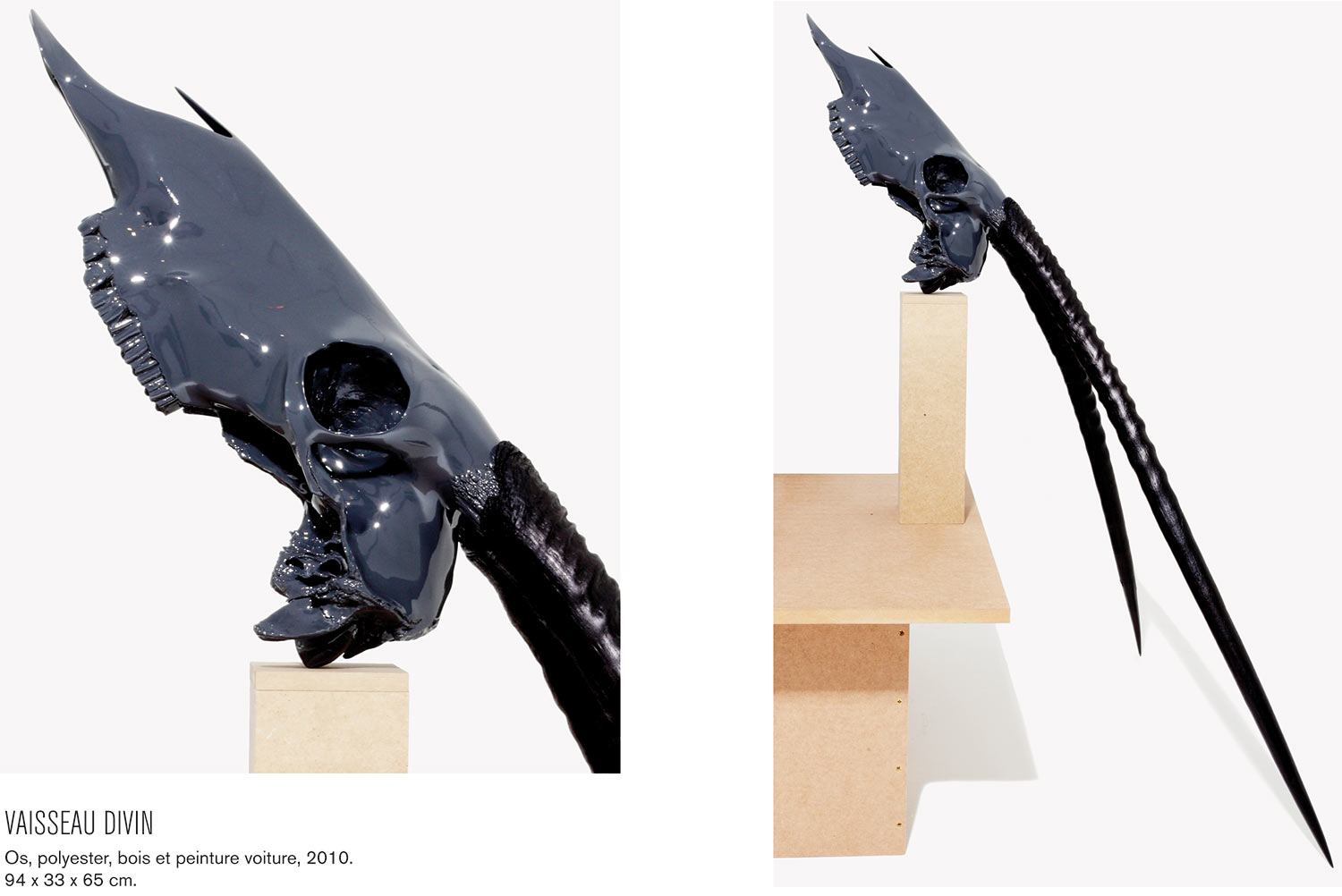