One of the sections of this online project is devoted to the Global Seed Vault (through filmed interviews, photographs, a 3D modelling of places, sound recordings, films, testimonies and short stories, in which science fiction cohabits with accounts of scientific research in the Arctic) an underground bunker in the Svalbard archipelago, inside the Arctic Circle, where seeds of all the plants that provide food for humans are kept.

The French artistic duo intend examining flora in terms of its active immobility, its flexibility and adaptability, and its relevance as a model for devising new economic and social schemas. In a globalised world where it is no longer possible to flee, the artists see plant stratagems as ultra-contemporary models, drawing on them for inspiration to create their “Devenir Graine” platform.
This work, with its diversity of content and media, takes as its starting point Kirkenes, a small town in northern Norway, strategically located on the Barents Sea, where prospecting for gas and oil reserves takes place and the islands of the Svalbard archipelago, situated inside the Arctic circle, which provide a metaphorical illustration of the relations between man and nature.

By combining poetry, fiction, documentary, interviews and performance, “Devenir Graine” takes a surrealist journey through the contemporary Arctic while tackling the hottest geopolitical and geostrategic issues: global warming, urban development, cross-border collaboration between Norway and Russia, opening up of the Schengen zone, managing fossil fuel and nuclear resources, as well as the development of GMOs (genetically modified organisms) and the commercialisation of living things. 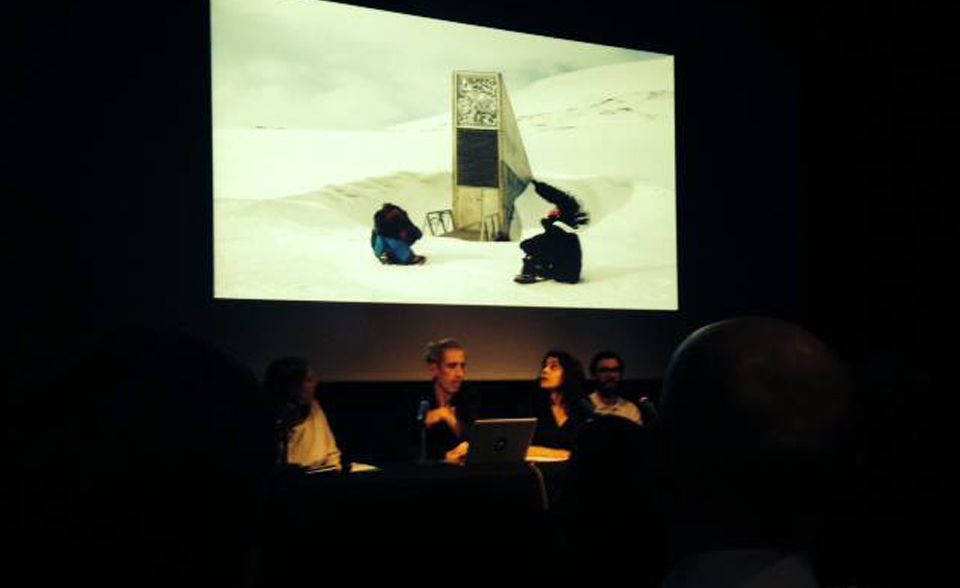