The world goes too fast. The Aesthetics of Disappearance. Speed and Politics. Over the past 20 years, Paul Virilio’s titles have tirelessly enumerated the staggering acceleration of the human world at the pace of expanding technologies.

How to grasp this flow that through its acceleration, but also through its content, outstrips any possibility of human understanding? It is necessary to find arms for a critical combat. Methodical means to fight a war against this onslaught, without falling into the trap of using the same weapons. In a sense, it is necessary, as in a particle accelerator, to break down the matter constituting this reality in order to perceive its algorithmic foundations. This is what HAÏ works at. Magali Daniaux and Cédric Pigot enumerate epochal angularities in brief flashes. Glances. Augenblick = Augenblitz.

Each news item offered to us exceeds the moment of its own foundation in reality to interpenetrate much broader areas.
This paradox is only apparent: by reducing the projection surface (three lines, an image, a title), Daniaux and Pigot expand the magnetic and resonance possibilities of each of their collages. For here is where the critical weapon’s cutting edge is at play. The aim is not to accumulate but first to eliminate the surplus, to dissolve in order to better coagulate. Solve et coagula. Their collage of words/texts are juicers of meaning; by fracturing content in their centrifuge, they extract clear political kernels that deceive us like aphorisms. The spirit of Japanese poetic martial arts is not far away. HAÏ: haiku. More precisely, they construct moki. In free three-line verse, they sharpen the semantics confronted with the friction of the archive image. 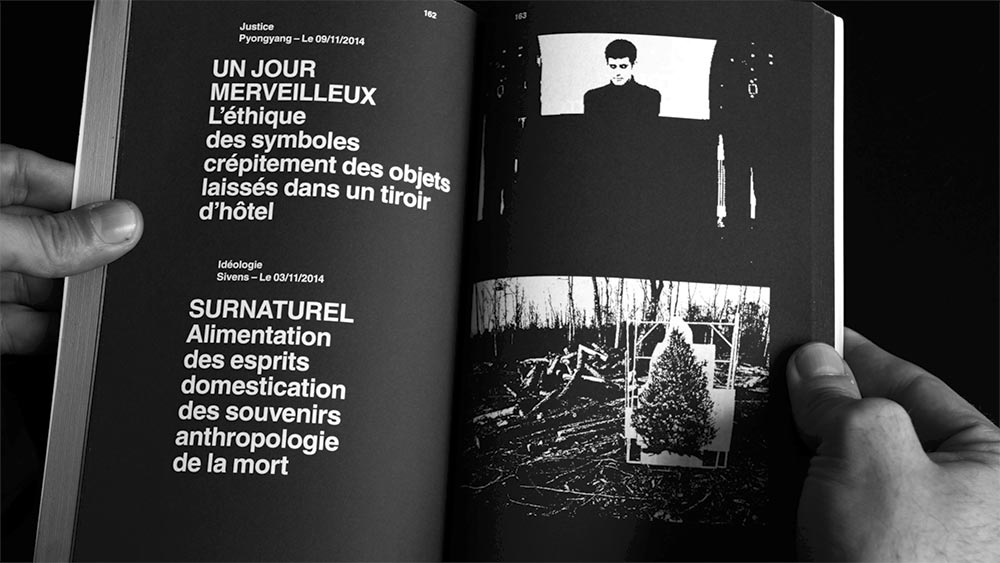 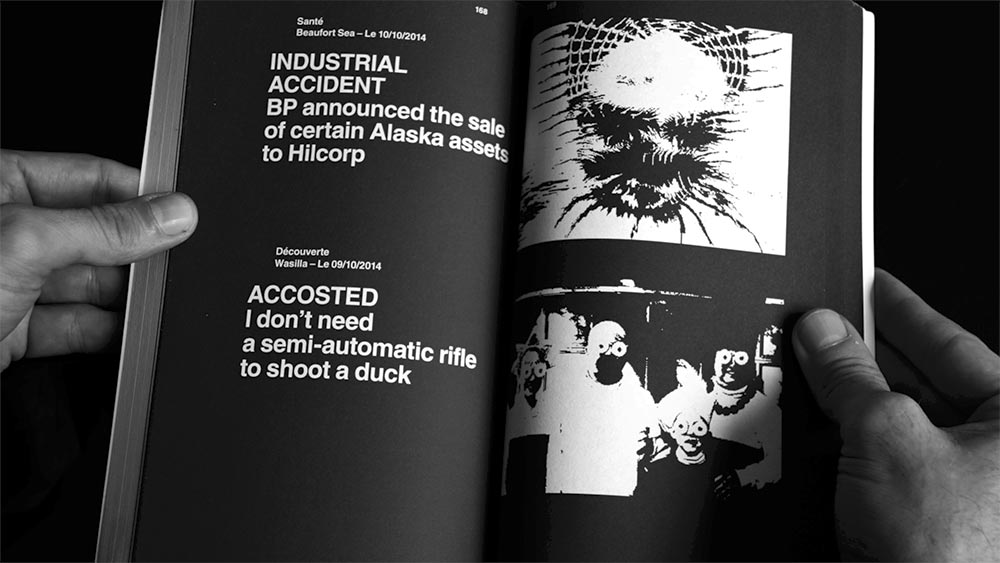 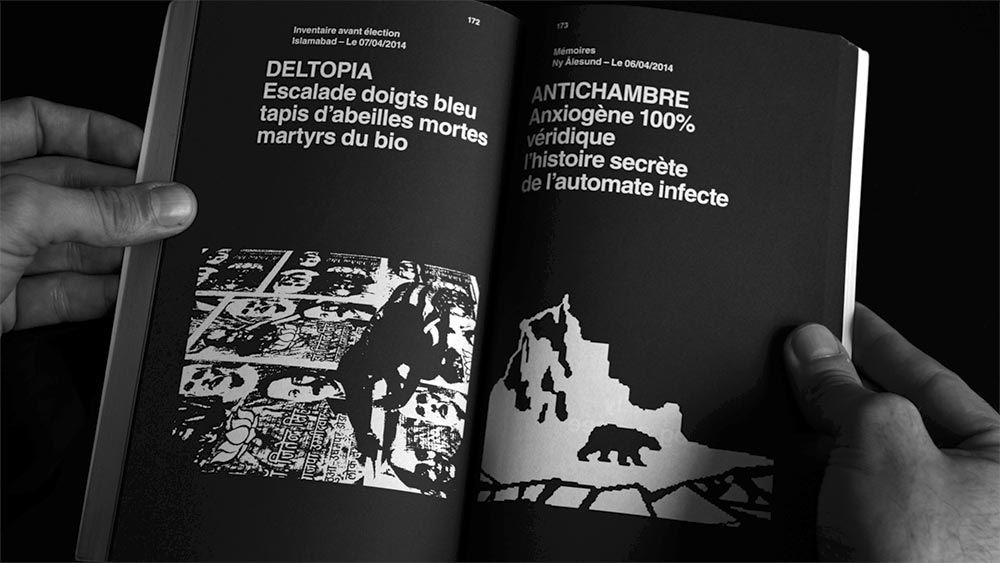 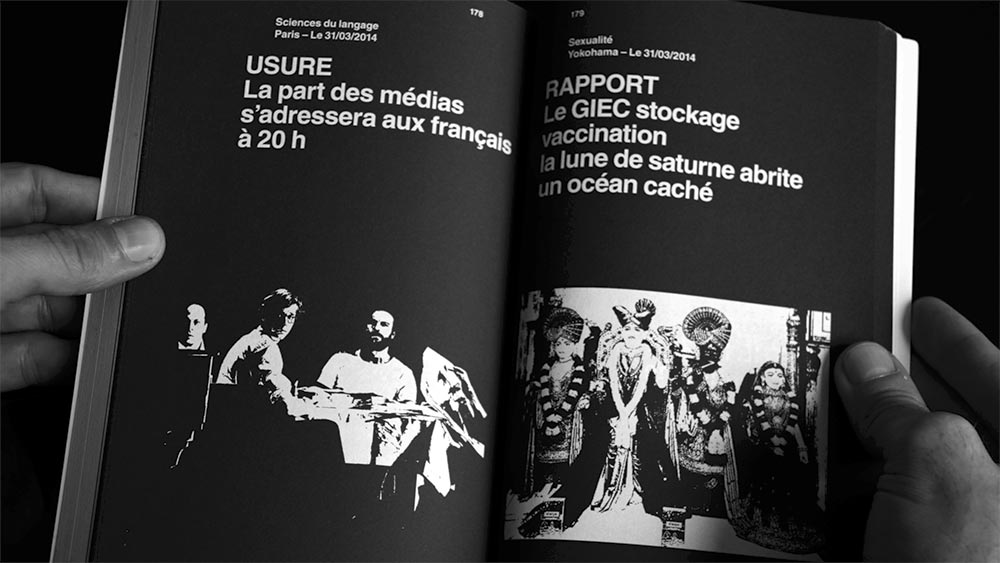 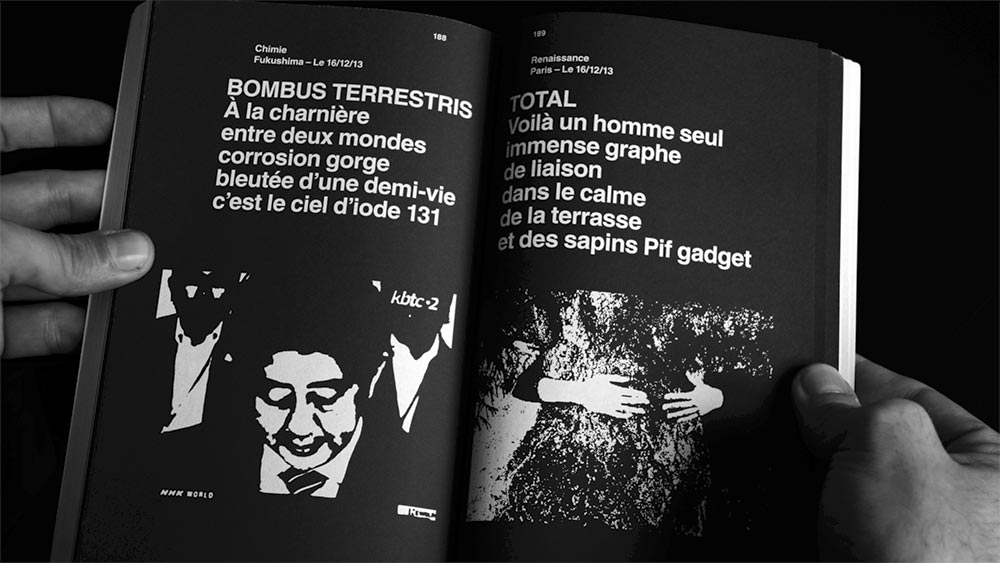 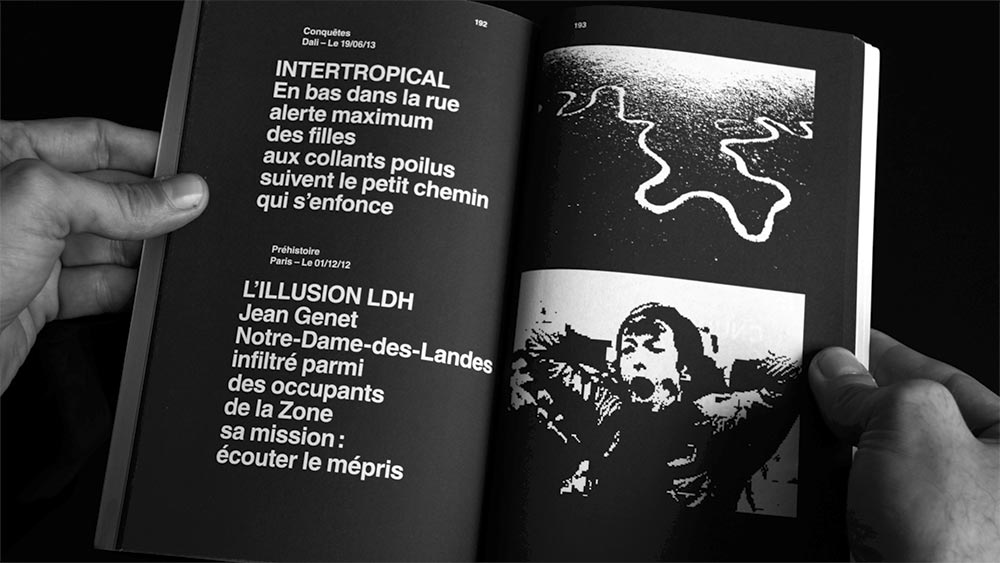 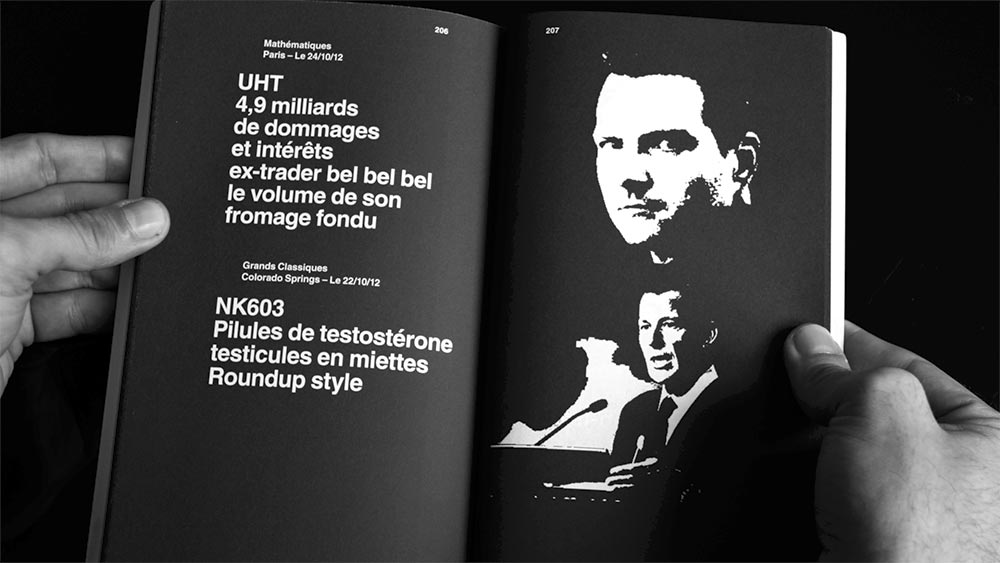