TuSCi is an artificial intelligence that send by text message a short poem/oracle each time something happen in front of a camera we have set since 2013 in Ny Ålesund in Svalbard. Ny Ålesund is the northernmost inhabited place in the world. This work was developed in collaboration with Guillaume Dumas Director of the Precision Psychiatry & Social Physiology laboratory FRQS J1 Researcher in Artificial intelligence and Digital Health, Nicolas Montgermont, Raphael Isdant, artists and developers and Tristan Rivoallan, developer. The Giacophone was produce by Serge Stephan.

“TuSCI is an AI. Through it, they are trying to build a language that they would no longer be the only initiators, of the order of animist literature that would leave the voice to the dice strokes of an artificial neural network.Fed with poems written by them, and song lyrics, this learning machine then composes poems from what it has produced as associations.
Through this unbashed companionship of art with the machine, the exhibition “Hello Humans! “gives birth to a world of desire and delirium rather than an hermetic and worrying one. As if echoing the dreamlike, willingly machine-like collages of Max Ernst, the oracles of the AI are transmitted through a “Giacophone”. By “Giacophone”, understand a sculpture by Giacometti, accidentally destroyed, of which only a photograph remains and which they had reproduced identically adding a giant telephone handset on it.
Visitors approaching it will be encouraged to record their mobile phone number. They will then be able to receive poems created by the AI, which are transmitted in symbiosis with natural phenomena, whose movements detected on the International Research Station in Ny Ålesund trigger the transmission. From this station, Magali Daniaux and Cédric Pigot have been filming and streaming since 2013 the same landscape of fjords imperceptibly changing over the hours, light and the rare passage of birds. And if this icy landscape were to start talking, what would it tell?
Would this networked device, an infrastructure that is at once archaic, hyper-technical and baroque, be a nod to the fantasy of ubiquity and communication with the beyond that often inhabited the psyche of the inventors of these tools for storing, processing and transmitting signals called media? Magali Daniaux and Cédric Pigot are pursuing the search for an art that would fit nowhere else but in communications, encounters between worlds and the sharing of invisible images carried by sound and voice. ” 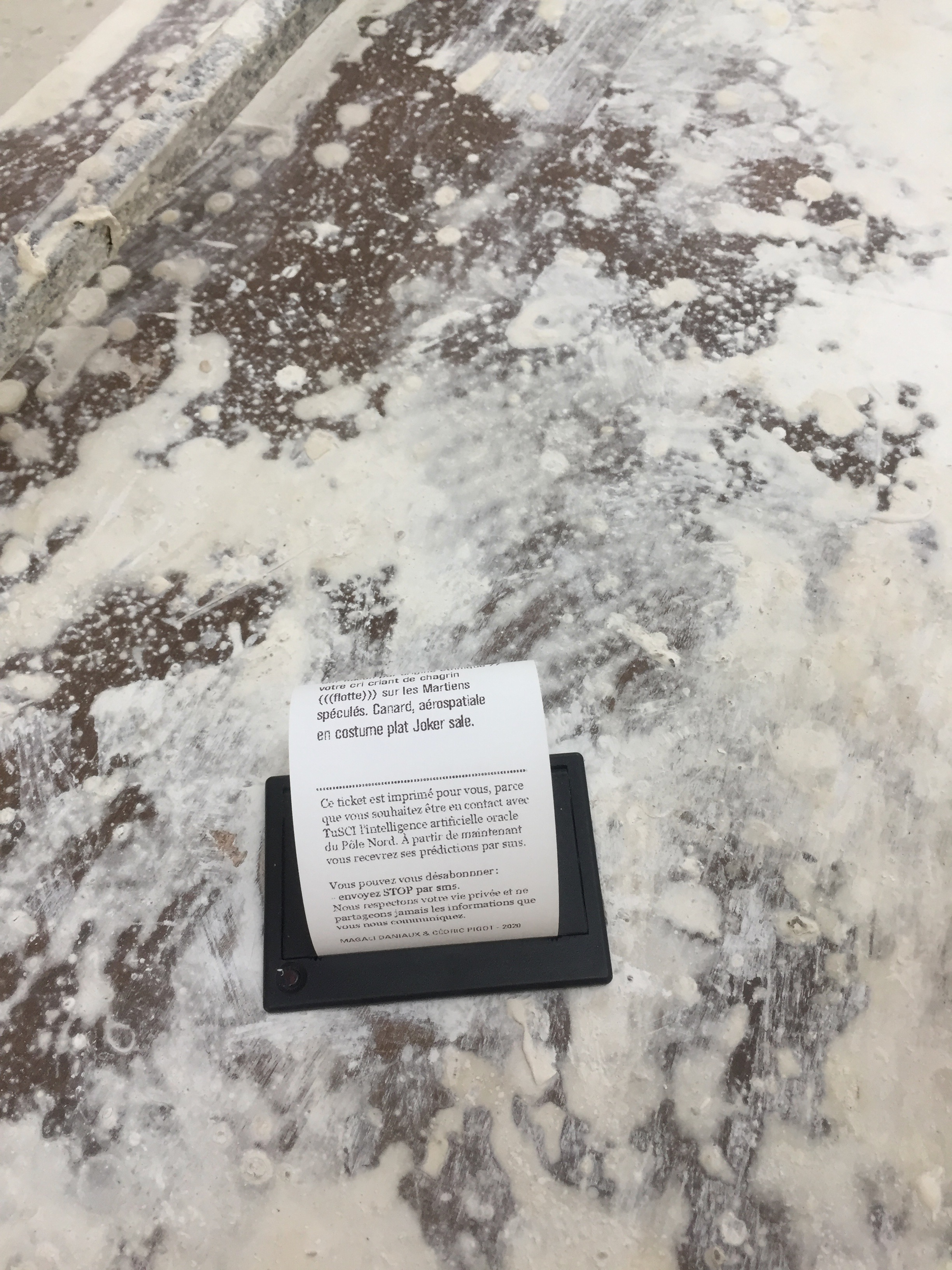